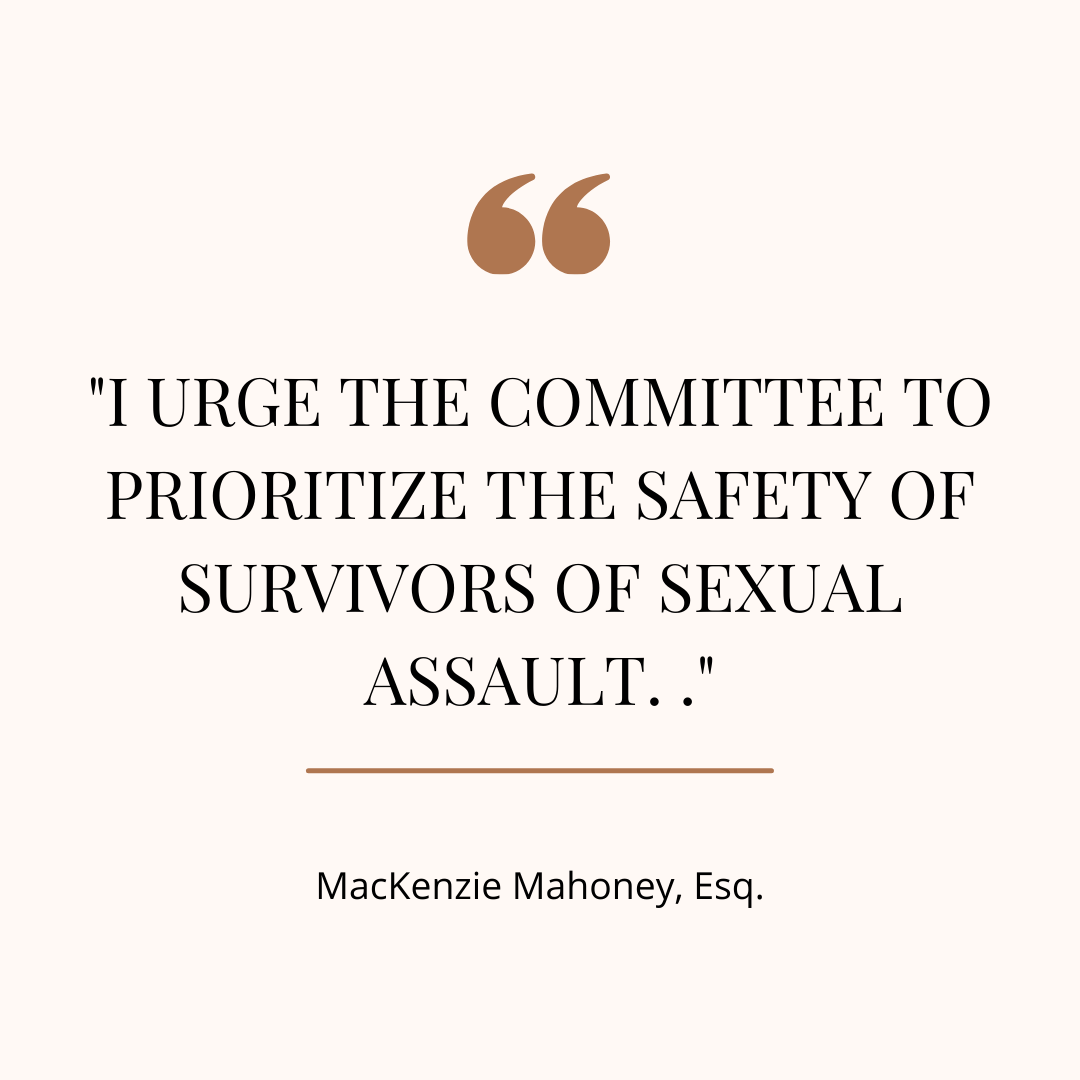 On December 7, 2021, there was a hearing on S939/H1820 An Act Improving Protections for Sexual Assault Survivors before the Joint Judiciary Committee.

Here is the text of her testimony:

“My name is MacKenzie Mahoney and I am a staff attorney with the Steps to Justice Program at The Second Step, Inc. in Newton, Massachusetts. I am here today to testify in support of S.939/H.1820, An Act improving protections for sexual assault survivors.

As a staff attorney with Steps to Justice Program, we provide free emergency legal assistance to victims of domestic violence, many of them survivors of sexual assault. Much of that work is representing survivors in the hearings to extend or enforce anti-harassment orders under 258E. The Act in question, specifically the provisions affirming a Judge’s ability to issue a stay away order and the addition of a firearms removal provision are integral to the ongoing safety of survivors.

These orders are often the first step in the domestic violence protective order process, highlighting the immediate danger the victim faces. An analysis of the Danger Assessment Tool, developed at the Johns Hopkins School of nursing, found that victims who were threatened or assaulted with a gun were 20 times more likely to be murdered than victims who were not threatened with a firearm. Even when a weapon is not discharged, abusers often use the mere presence of a gun to coerce, threaten, and terrorize their victims, inflicting enormous psychological damage.

I urge the Committee to prioritize the safety of survivors of sexual assault. I respectfully ask that the Committee please report S.939/H.1820 An Act Improving Protections for Sexual Assault Survivors favorably out of Committee. Thank you for your time.