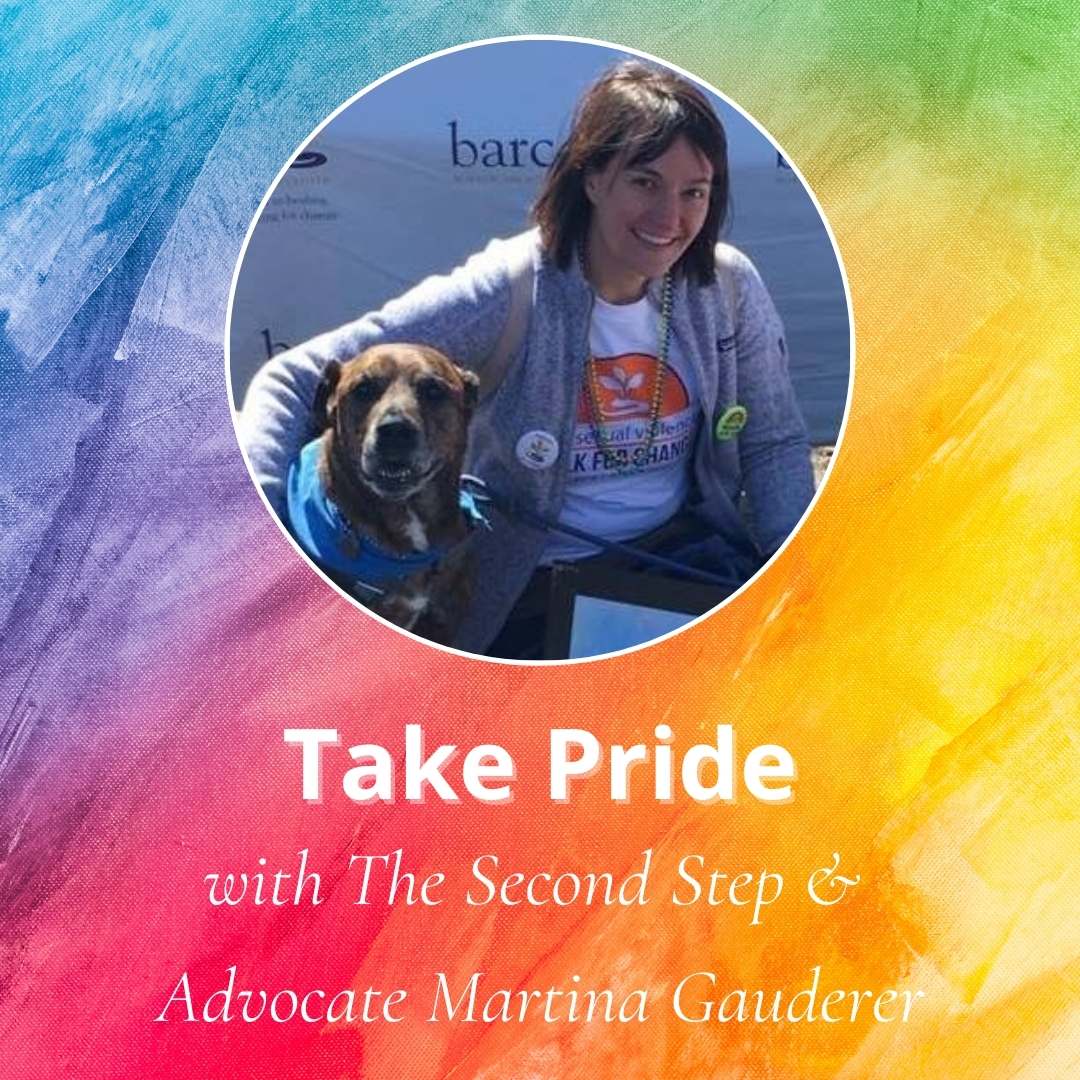 As we wrap up Pride 2021, The Second Step is reflecting upon LGBTQ+ history and those who made our celebrations possible. We are also taking a deeper dive into what it means to be an LGBTQ+ survivor and an LGBTQ+ affirming provider. We welcome engagement with our community, other domestic and sexual violence agencies, law enforcement, legal agencies, and organizations serving LGBTQ+ people. And we encourage individuals, regardless of identity, to start meaningful conversations with friends and family about Pride; the small ways that we can shift conversations to be inclusive lead to big changes.

We cannot acknowledge Pride without acknowledging its roots in resistance. Pride month falls in June in recognition of the 1969 Stonewall Uprising in New York City—a tipping point in the ongoing fight for LGBTQ+ rights and liberation in the United States.

Hatred towards the LGBTQ+ community has a long and painful history which lasts to this day. The Stonewall Riots – six days of spontaneous demonstrations in opposition of anti-LGBTQ laws and violence – mark a moment in history where the community fought back against hatred and made a statement about its right to exist in the world free from attacks for being who they are and loving who they love. These riots are widely considered to be one of the most important and revolutionary events in LGBTQ+ history and the reason Pride as we know it exists today. And we owe it all to the Black transgender woman who is credited for being the “instigator” one night in the gay bar, who would not tolerate being abused and violated for who she was and who she loved: Marsha P. Johnson.

This year, in honor of Marsha, Pride Month, and all LGBTQ+ survivor of abuse, The Second Step is shining a light on the issue of intimate partner abuse within the LGBTQ+ community and the lack of resources for LGBTQ+ survivors that exists to this day. Because most of our movement to end domestic and sexual violence is heteronormative and cisgendered, members of the LGBTQ+ community have been largely left out of conversations and prevention efforts – making it more difficult for LGBTQ+ survivors of abuse to receive competent and supportive services. This is especially true for LGBTQ+ people of color and those with disabilities, which goes to show that the more marginalized someone is the less they are able to access supportive and competent services.

When we look at the numbers, we must assume that they are, in truth, much higher given that LGBTQ+ and other marginalized communities are less likely to report and seek services than those who do not identify as a part of a marginalized community. This speaks to several issues, one being the lack of education that many agencies have about understanding, responding to, and affirming LGBTQ+ survivors. This includes domestic and sexual violence agencies, as well as law enforcement and legal services. Though things have certainly changed since the time of the Stonewall Riots and even just in the last 10-20 years, we still have a way to go.

As a queer survivor myself, I have a deep sensitivity to the issues that the LGBTQ+ community faces. Organizationally, The Second Step centers social justice and is working hard to ensure that our work is anti-oppressive and is welcoming to every survivor regardless of identity. One way that we have honored Marsha P. Johnson’s legacy this month is hosting what will be an annual Pride event where we share the history and how that history intersects with domestic and sexual violence. We have also started a new group for LGBTQ+ survivors – the LGBTQ+ Survivor’s Drop-In Space – a non-clinical, peer-oriented group that focuses on empowerment and community building. My team and I are committed to changing the narrative that domestic and sexual violence are “women’s issues” (heterosexual, cisgendered women) and dismantling the systems that withhold it, because as we know that domestic and sexual violence do not discriminate based on sexuality, gender, race, religion, or socioeconomic status. Anyone can be a victim. But not everyone can access the same types of supports or feels safe doing so due to systemic problems and inequities that directly impact marginalized communities. The Second Step hopes to be a leader within our field when it comes to social justice, diversity, equity, and inclusion (DEI), and LGBTQ+ affirming crisis response, counseling and advocacy, and networking to ensure that all survivors are met with compassion, understanding, and resources.

For more information on our services, or to join our LGBTQ+ Survivor Drop-In Space, please call our Community Team at (617) 965-3999.